For the last few months, I’ve been doing nothing but fighting. I’ve been clawing up out of the muck and mire. I have been catching bits of sunlight glinting before my eyes and then, I slide back down in the mud hole. Sometimes it encases me like a body suit and sometimes it’s just a little dirt.

These past four months have been hellacious in comparison to the previous year, year plus.

The previous eighteen months weren’t a cake walk by any means, but it was still … well, easier. It was more like… a well worn groove that I had created by pacing. I could just keep following it. But at some point in the last four months I lost that well worn thread and I can’t find my way back to it any more.

As a kid, my childhood best friend and I would spend hours in the little pool behind her house. We would drift and be mermaids, but a lot of times we would work on creating the most powerful whirlpool we could and then work to break it. No matter how many times we went round and round that pool, we could always break that whirlpool in a matter of minutes.

The last four months have been a little like that whirlpool except that I haven’t been able to break the current. I’m stuck inside that swirl and I can’t find a way out. If I just lie very, very still then I can float along the surface and let it take me wherever it wants me to go. Sometimes, I still fight it because isn’t that what humans are supposed to do? But mostly I just don’t bother.

I know; I know. It’s just depression. I can find a doctor and go back on the anti-depressants that worked the best. I could easily find a solution, but even just finding a doctor is a fight. After over a year of fighting with the state about whether or not I actually had health coverage and then trying to find doctors in network that are actually accepting new patients…

It’s just yet another nail on the coffin.

I spoke those words aloud to myself a few days ago and then just kind of stopped. I was a little shocked when they came out of my mouth. It was like a reflex of some sort, though nothing that I could think of really caused the reflex in the first place. I remember looking around as I voiced the sentence out loud again. I don’t know what I was looking for, but whatever it was supposed to be wasn’t there.

After I announced to the empty house that I was so tired of fighting, oddly enough my first thoughts were about Sekhmet. I wasn’t even concerned about what it might mean about my state of mind. I just immediately jumped to thinking about her.

I thought, wow, what a failure of a Sekhmet kid you turned out to be. She hasn’t said anything about it to me though she’s shown up in dreams since then. I have gotten the impression that she doesn’t think I’m a failure, it’s all just my own spin on the situation. But I still can’t quite get it out of my head that, unlike every other fucking Sekhmet kid out there, I’m ready to just fucking give up.

I mean, of all the ancient Egyptian gods to want to emulate, to claim a connection to, I chose the one god who is the most well known for going in fighting. She’s the one everyone turns to when it comes to fighting back, to standing up, for survival of the fittest, and for strength. She is the one that everyone turns to and says, “this is the deity who is going to teach me how to stand with spine straight.”

How many posts have we all seen about people turning to her in their time of need? They reach out when the tide is high and drowning is on the horizon. They turn to emulate her when they need to stand steadfast against the systemic -isms prevalent in this world of ours. They claw at the shit heap that life has thrown their way, spewing the blood and guts of their personal war into the universe.

She is what everyone hopes to one day be.

But here I am, a child of hers, and all I keep thinking is, “I’m just so tired of fighting. I want to stop now.” 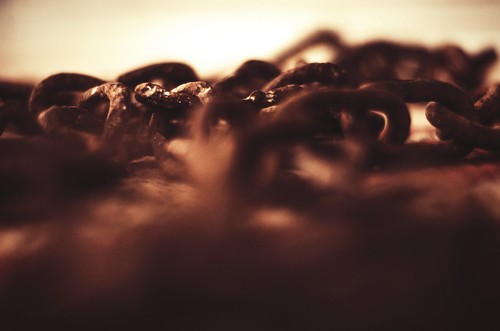 O you who take away hearts and accuse hearts, who re-create a man’s heart in respect of what he has done, he is forgetful of himself through what you have done. – excerpt from Spell 27, The Book of the Dead translated by R.O. Faulkner

With Wep-Ronpet nearly upon us, I’ve been thinking a lot about The Distant Goddess myth. I am most likely not alone in this since this myth heralds the inundation and the renewal of the year itself. It’s just that time of the year for Kemetics, I guess.

There are numerous variations of this myth out there. Some of them are little more than allusions, breaths of a myth cycle that have since been lost to us (the Anhur/Menhyt version). Others tend to more prominence and are more often discussed: the cycle indicating that Tefnut was the Wandering Eye with Shu sent out to lure her home or the cycle where Hetheru is the Wandering Eye and Djehuty is forced to cajole her back to her father.

It should truly come as no surprise that I’ve chosen to align the Wandering Goddess myth within the confluence of the Hetheru/Sekhmet dynamic I’ve created for myself over the years.

According to my findings, it is after the goddess flees into the wilderness that the Destruction of Mankind myth takes place at some later date in time. My research seems to show that Re is not yet well established as the premier ruler over the world when the Eye takes off in anger.

Based on the Hetheru/Sekhmet dynamic I mentioned above, the idea that the Wandering Goddess myth takes place before the Destruction of Mankind never made much sense to me.

While most likely the reason I find it difficult to see the timeline in that way is because I’ve lost something in the translations I’ve read, there’s no telling if that really is the case. I will readily admit that it’s also possible that I prefer my own carefully crafted narrative when it comes to my two goddesses. Whatever the case may be, I’ve found a different timeline that sits better in my mind.

In my head, it always made much more sense that after Re tricked Sekhmet into drinking the red beer that she grew upset with her father and the world he had set her mindlessly upon. In the midst of the emotional upheaval that his trick most likely caused, she chose to flee into the wilderness.

Maybe she just needed time away for perspective or to race off the remains of her bloodlust. Whatever the case, she needed to get away.

Upon her leaving, she was still angry but knew that any acts upon the people he had chosen over her could end badly for her. After all, Re had clearly proved that he could outwit her. Maybe she realized that she wasn’t up for the task of trying to take him on. Or perhaps it wasn’t that she just simply couldn’t handle the idea of a full fledged battle against her father.

Perhaps it was necessary for her to rest after having gone balls to the wall against the world Re had created. After all, she was mid-bloodlust before he forced her to stop. Having the wool pulled over your eyes by the very being that called you into being as a manifestation of its own rage has to be something that throws you for a loop.

As I’ve theorized before, it seems to me that rage is most likely not an emotion that you can just drink away no matter how much booze you ingest. 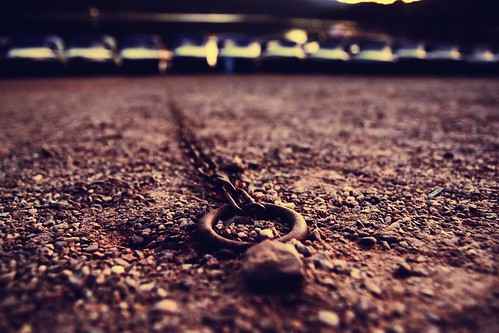 He himself has power over his members, his heart obeys him, for he is your lord and you are in his body, you shall not turn aside. – excerpt from Spell 27, The Book of the Dead translated by R.O. Faulkner

How often has something happened that forced us to acknowledge a need to get away from it all? It’s not so much running away or giving up, but a need to take some time so that you can sort out all the minutiae that’s gone into whatever it is that’s upset you in the first place.

As I pondered the mythic narrative I’ve felt more and more comfortable with over the years, I’ve often seen Sekhmet’s version of the Wandering Eye myth much like we would see a mental health day. In her case, of course, it took much longer than a simple day and another god had to talk her into returning eventually, which didn’t exactly go well the first few times. But eventually, she returns.

As I thought about how sick I am of fighting, I wondered if that’s what Sekhmet was aiming for when she ran off. I mean, it makes a lot of sense in my opinion. She went from pure rage to being forced to stop with no available outlet for where the anger was supposed to go. I know that we’re just supposed to believe that all that white hot fire went away with a number of jars of red beer. But it makes more sense that she took off for parts unknown to get her head screwed on straight.

It wasn’t that she gave up necessarily; she stopped fighting.

That certainly sounds pretty familiar to me. After so many months of trying to keep my head above the surface or being shown tantalizing glimpses of the hopes and dreams I have that don’t seem to be able to come to fruition no matter how many times I’ve tried, no longer fighting seems like a pretty decent option. It leaves you open and available to pick up and start fighting again at some future point, but it also gives you the time you need to take stock and figure out what the fuck is going on.

I came out the other side of that sentence, “I’m tired of fighting,” thinking that I was just a terrible Sekhmet kid, that I was doing everything to prove that I was all around a very terrible devotee. But maybe I’m just following her myth cycle a little. I’m going from a need to fight and keep my head above the waves to just letting the damn ocean current take me further out to see. I’ll figure out how to get to shore eventually… probably.

O Lion, I am a weneb-flower; the shambles of the god is what I abhor and my heart shall not be taken from me… – Spell 28, The Book of the Dead translated by R.O. Faulkner

3 thoughts on “Chief of the Shambles. ”