I’ve been trying to remember how long I’ve been doing this shtick and you know, I can’t honestly remember when I started being mystically bewildered. I think I started all of this bullshit about 6 years ago, but the memories from so long ago are hazy. I guess this is what happens when you have so much shit going on in your life: it’s hard to remember the exact details of what was happening half a decade (or more) ago. I guess it doesn’t matter because as far as it feels, I’ve been tap dancing to the same beat for an eternity. 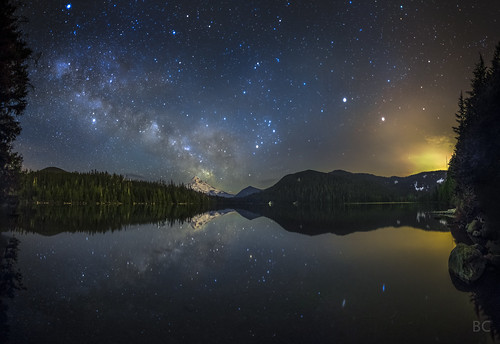 Things have changed so much in the intervening years, I know that much. At times, I am both amazed and horrified by how things have turned out. It’s almost as if I had this sort of set plan for what I was hoping to achieve, which was less a plan and more of a vague arm wave in a general direction, and I have veered completely away from whatever that plan was supposed to be. And still at other times, I am very much relieved that I am not that wide-eyed, naive little shit. I have developed and redefined both myself and my relationships. I have an arsenal at my disposal – something that old me would have been whining about not having – and I am grateful for it.

But there are days, where I do indeed miss being the naive little shit.

Looking back down the fucking years, I think the question more appropriate here is how hasn’t my practice changed since I started all of this because everything has changed. I mean, I actually have a practice for fuck’s sake! I started this blog with a bunch of whining and sniveling about how I wanted to be like everybody else but didn’t know how to get there. I have things that I do regularly; I have prayers that I say to myself; I have an established dictionary of referenced and not-referenced UPG; I have books that I can go to for information; I have relationships with deities for shit’s sake. Sure there have been exciting additions and some sorrowful subtractions, but at the end of the day, my practice has changed so much that to actually discuss it with any fucking semblance of brevity would probably require about 20 years and a lot of generic arm flailing.

I do still whine about not having a manual. I think about half of my posts I’m commenting about having missed out on the sale of all of the HOW TO books that must be floating out there. I mean, for real, they have to exist because there are so many other bloggers out there who seem to have their collective shit together. And that’s something that hasn’t changed either: I still don’t feel like I know what I’m doing. I mean I have things and stuff that I do and I guess that could qualify as “looking” as if I have my collective shit together, but honestly, I end up whining and crying about not understanding what’s happening more often than not.

So, I guess that’s a win for constantly feeling like I’m at the tip top of a roller coaster, getting ready to zoom down at a million miles an hour.

The overwhelming thing that hasn’t changed though is that Sekhmet is still here. (Why?) She’s pushed me, pulled me, destroyed me, burned me to cinders, loved me, protected me, molded me anew, killed me, brought me back to life, slit my throat, sewn up the wounds, fucked with me, put up with my bullshit, let me cry, let me whine, made me fall in love with her, forced me into uncomfortable places, et cetera. She’s turned me into a pretzel of her own devising and it sucks.

There are so many days where I’m screaming inside, crying unshed tears, and demanding to know why the fuck I’m going through this, but at the end of the day, I am glad for it all. It’s changed me so much into the person who I am today. I can remember times where I didn’t like who I was at all and now, I can honestly say that while I may not “love” myself in the ways that those stupid trippy posters tell you that you should, I can honestly say that I respect myself. And I can’t in all honesty say if that would be the case if Sekhmet wasn’t around.

I never expected anything that’s come my way since I tentatively said to my friends (of the time), “I think Sekhmet is calling and I think she has been for a very long time.” I thought that once I entered into that relationship then I was halfway to finding a solid path. I honestly believed that by finally admitting that this was a thing then I would end up with, like, some idea of what was going to come next. Or maybe I just assumed that the alpha and omega was Sekhmet. And you know, that is actually true but there’s so much more to everything I do – the relationships, the daily offerings, the whining, the initiations, the services, the ranting, etc – than just she being the beginning, middle, and the end. But now I have whole books’ worth of UPG just regarding our relationship, never mind anything else. 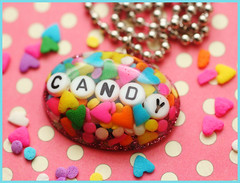 She gave me the candy and I got into the van. (Image by stoopidgerl.)

Honestly, if someone new were to look at this entry and wonder what it was that they could learn from me, I would honestly have to say that they shouldn’t go into this with the idea that they’ll end up having a practice that looks like someone else’s. If they do and things don’t work out the way that they expect them to, then they’re going to be disappointed with the whole experience. I went into this whole thing with a sort of panicked wide-eyed gleam and no real idea about what the hell I was doing. It was only after I entered down this road and began networking that I got the idea that I wasn’t good enough or that I didn’t meet up to some invisible standard I was holding myself to which caused a lot of issues between Sekhmet and I. I laugh about it now but I have to say, holding myself to everyone else’s ideas of what a path should be like fucked with me and fucked with my relationship. So don’t do that.

And you know, it’s okay to be scared of what’s going on.

And don’t get upset if your UPG doesn’t quite match up with anyone else’s.

And don’t think that there is one true way here because we’re all individuals with individual relationships and individual preferences.

And don’t think that there’s a moment in time where you’ll be able to say, “I’ve done it; I’ve learned everything.” There will always be something new and exciting and terrifying on the horizon waiting for you.

And don’t worry that you’re doing something wrong because you don’t have a godphone or you don’t have UPG or you can’t astral or the gods don’t come down as beings of white light to give you dreams or whatever. That’s okay. Not everyone’s cut from the same cloth and so too our relationships with our gods.

And don’t hesitate to tell people that they can have fun when they’re doing the serious rituals and stuff. And don’t forget to remind yourself of that.

And don’t think that Egyptological books are the start and finish of everything.

And if you love your fucking gods, then you fucking love your gods.

And if shit comes at you from left field, you are perfectly entitled to scream and run away.

And if you’re so fucking pissed at your gods that you hate them, then by golly you fucking hate them.

And if you don’t have a strong emotion either way but this is a job to you, then you rock at that job of yours.

And like kick ass and take some fucking names.

One thought on “Kemetic Round Table: Welcome to the New Deja Vu.”