Alternative Title: The Kemetic Community needs to up its content game.

This past week, I attended a leadership conference through my job. This is the second year that I’ve gone and as a result, there will be a few posts based on things I learned about at the conference. As always, as I listened to the various leaders from various countries and background present, I took studious notes, not necessarily for myself, but because I wanted to take what I was learning and use that to help the wider community.

TTR is right – the community does need to do better. And if that means I can impart, perhaps, some form of wisdom to one person at the very right time because I spent two days wearing uncomfortable clothes watching people talk about leadership? Then, I’m fine with that. I’ll go next year and the year after until I finally can go no more because I have died or because I am no longer with this company. 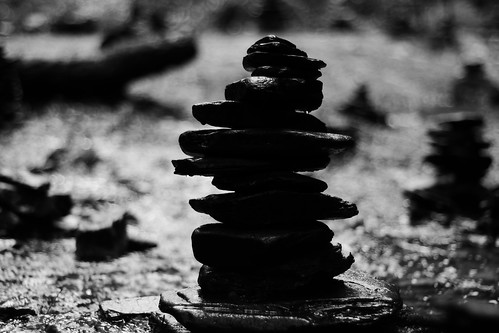 The first presenter talked to us about cost benefit analyses. For those of you who work in certain businesses, like I do, those three words make sense to you. You may have even had to do one or two at work or maybe at home to determine if the cost of something would benefit you or your job or a project in the long run. While the phrase tends to pop up more in investment circles, an analysis of this type can be utilized in many different environments and for many different things.

Recently, someone on my team had completed a review for a site to see if it made sense to make some technological changes for them. As it stood, we found that if we could make the changes we were recommending, we could actually bring back a total savings of about $2500 a year. That’s a really good savings we could bring them and we were all about it.

But as we went forward with this project, we soon learned that there were other factors beyond what we had already studied that put the project into jeopardy. In order to make the tech changes we were recommending, we found that the site would require close to $2000 worth of work to make it ready and capable of accepting our changes.

The cost of the work we needed done to get them to where we needed to make our changes would eat up almost an entire year’s worth of savings. The costs that we were asking for didn’t outweigh the benefit of making the changes we recommended. So, we pulled the plug on the project.

This happens at my job periodically. A client will have an idea that sounds excellent on paper, but we have to help them to see whether or not there is a benefit in proceeding. Sometimes there is a benefit and we don’t find any extraneous costs as we complete our analysis; sometimes we find that the costs are high but so too are the benefits so we move forward; and sometimes there isn’t a benefit and we scrap the project in its entirety.

Now, in the presentation, the presenter had a little graph and his example was the time he spent on one of his speeches or sermons (he’s a pastor). I did my best to recreate it above.

As you can see from the example, if he spends 3 hours of time on something, he can get a decent way up as far as quality is concerned on the graph. He indicated that at this time frame, maybe his sermon or speech was at 75% on the quality scale. He knows he can get it better if he spends a little more time on it, so he does so and gets to the second dot on the graph, which he indicated was probably about 90% or so. If he spends more time on it, the quality of his speech or sermon would more than likely significantly start to decrease and bring the quality back down to the third dot, or what he indicated was probably like 80%.

The point that he spent a decent amount of time talking about was that dot after 5 hours spent, or what he indicated was about 90%. This point was what he called the G.E.T.M.O. point. (I literally thought he said Gitmo the first time he said it out loud and was very happy when he explained what he was actually saying). The G.E.T.M.O. point is the Good Enough To Move On point. This is the highest point you will achieve as far as quality and time spent, so it’s time to put the speech or sermon down and move on with your life.

Too often, people get stuck in this idea that the more time you spend on something, the better the quality. Nine times out of ten that is not true. Much like the bell curve that teachers and professors grade students on, there is a declination point on a cost benefit analysis. The difference being that after a certain amount of cost, the quality of the product, the project, the whatever it is will start to decrease.

Let me tell you a story.

I have a ton of drafts in my blog’s draft bin. I have about 20 right now and some of them go as far back as 2013. I had ideas and I wanted to work on those ideas, to get things out there that I felt needed to be spoken on. My issue is that after 6 years of working on some of those drafts that started in 2013, I have found myself frustrated and irritated with the overall point. I’ve scrapped and re-scrapped the entries so many times over the years that they no longer look like what I had originally envisioned. And frankly, they’re still drafts because they’re just not good.

I should have gotten the drafts to the GETMO point and pressed publish. Instead, I hit save and kept going back to it over and over again until I hated everything that I typed, hated everything that I had said and re-said and re-phrased. Those posts will probably never see the light of day because now, years later, I can’t even remember what the fuck I really wanted to say so the GETMO point has long since disappeared.

I suspect that my story above may sound familiar to some people. Perhaps they had an idea that they wanted to get out and into the world, perhaps to have others comment on or perhaps just to get it seen for future content from someone who was bitten by the bug to write about it. But maybe they hit save instead of publish and now that post will never see the light of day because it doesn’t look good after hours, weeks, months, or years of trying.

If I do it as a person who has tried diligently to bring content to the wider community, then I have very little doubt that there are others out there who have done the same. Or maybe someone has toyed with the idea but assumed they would never even get it to the GETMO point and jettisoned the idea of writing it in the first place. 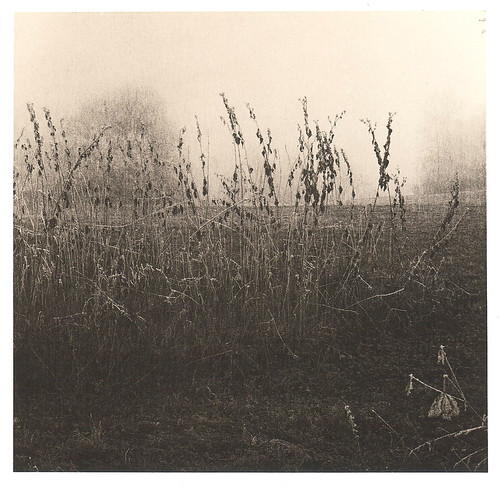 As someone who was one of those content creators, it is very tiring to sit down and right a post when you know that it more than likely won’t go anywhere. Sometimes your brain turns on you and asks why bother? I can’t tell you how many times I’ve sat down at my laptop to write something and eventually deleted it because I talked myself out of it.

But even with that, I knew that there were ideas and thoughts that I needed to get out there. I would see TTR banging away at content and trying to get people to interact, to think, to come up with their own ideas and I did my best to emulate that with what I had available. But the interaction and follow up that we had once seen happen frequently seemed to dry up. Fewer and fewer were posting their own content or responses to our content and it began to feel very much like we were talking into the void (still does actually).

I can tell you that when I first started this blog nine years ago, I wasn’t writing for anyone but me. I didn’t care if people saw what I said. I didn’t care what the hell the wider community was doing. I needed a place to write down my thoughts and ideas, to figure out what worked and what didn’t while I explored my Kemetic path. When I started to network, I cared a bit more about putting out content because I was Having Ideas and I wanted to share those Ideas with People.

Whether those Ideas panned out or even went beyond a few conversations wasn’t the point necessarily. I wasn’t writing them down simply to write them down. I was hoping to have someone read it, get bitten by the Idea, and move it forward or rework it or maybe say it sucked from start to finish. The hope was that eventually another future content creator would see it and do with it what they would.

I have watched the community silently pack up shop seemingly on the idea of good content. Part of it is no doubt fear. “The thing I want to write is stupid.” Or maybe it’s a fear that assholes are going to do what they do best on the post in question and be assholes. Sure, those are valid fears. But you shouldn’t let them get in your way.

And then hit the word publish instead of save or delete.

Get it out there. Forge ahead on the path that you want to create for yourself, but let others see it.

If they see you making the posts that you want to see, I can assure you that someone, somewhere will see that and get an idea based on what you say. Or they’ll have a response post that they make to what you were originally saying. Or it will shove them into a niche area that they research and put out the content of what they found when they looked into it.

Yes, it’s a terrifying prospect. It is wholly possible that the thing you worked on to its GETMO point gets flipped and destroyed, no longer looking in any way like what you had hoped it would be. It is possible people will dogpile on it and try to shout you down. All of this is possible; absolutely. But that doesn’t mean that what you have in your mind doesn’t need to be said.

Look. We are all of us a long line of Dominoes ready to be pushed over, but only if that one finger pushes the first one over. And the only way to get shoved over is if you write the post and hit publish instead of talking yourself out of it. So go out there, get your idea to the GETMO point, and hit publish.

(Please note: the presenter referred to above is Craig Groeschel. I am in no way affiliated with him or his church. I just find some of what he says on leadership interesting.)