One of my boss’s signature questions when we’re stuck in the minutiae of our work is “what is the bigger picture?” I joke with the other employees in the office that this is her catch phrase, but it’s a good thing to ponder on when you get too lost in the details. Too often, we get so focused on the finer points that we lose sight of the high level goal of what we’re trying to achieve for the client.

On the flip side, I’ve often found myself more focused on the overarching goal of what we want to achieve that I misstep on the day-to-day. It’s easy to take yourself so far out of the particulars that you forget to focus and follow the process that you and the client have cobbled together to get to the end goal.

I got stuck in the mindset of bigger picture in 2015, focusing more on the overarching goal of a rebirth that I didn’t ask for and didn’t want. I’ve given some consideration to the idea that because I didn’t have the baby steps necessary to achieve the bigger picture that this only added to the dog-pile when I finally pulled out and let the rebirth fail. While this is by no mean’s the primary reason why it failed, it’s given me enough food for thought for what I should be working on in 2019 as I go through this again.

Bigger picture is a fine focal point, but the path through the wood isn’t a top-down view when you’re walking it. I need the signposts that I’ll be looking for as the year progresses and I continue this journey forward. 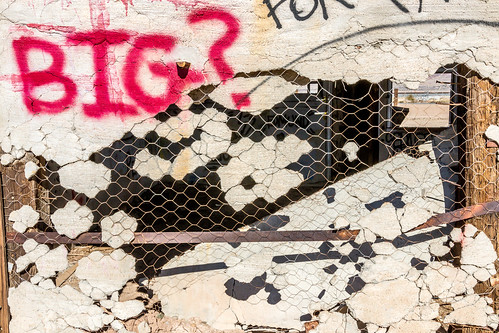 Two roads diverged in a yellow wood, and sorry I could not travel both. And be one traveler, long I stood and looked down one as far as I could… – The Road Not Taken by Robert Frost

In prep for the year ahead, I decided to create a map and placed little arrows on that map where sign posts could conceivably be as I move forward. I looked at the project as if I was trying to recreate the app I use on my daily commute to work. While I know the general route to get to work, the app helps me to navigate through pitfalls like traffic or construction to ensure that I get to work in a timely manner. I wanted something similar when I began trying to come up with the baby steps I need to see through this year of rebirth.

A starting point was a high level exploration of the books of the afterlife. While reading through My Heart, My Mother, I took notes on the various hours of the night that Roberts discusses at length in her book. After reviewing my notes on the various hours, I also read through whatever other books I had to hand that discussed the plethora of afterlife literature popularized in the New Kingdom. This way, I could follow the path through the night just as Ra does each evening and have a general idea of where I was headed, what I might come into contact with, and how to move on when the time comes.

After going through everything that I had written down, read through, and internalized, I decided that I would follow through on an old blogging project that never came to fruition: I would follow the nightly path of Ra through the next 12 months, correlating each month with a particular hour. While the focus will be on the Book of Night that is discussed extensively in Alison Roberts book, I have also found other items of interest from the other afterlife literature I was researching and will include that in the blogging project.

On the first of each month, I will write an historical perspective as best as I can on each individual hour with all of the information I’ve been able to learn. I will then conclude my personal rebirth-oriented exploration of the hour toward the end of the month. (For those not interested in UPG, you can ignore the second post that will go live on the last day of the month.)

This map will, hopefully, help me to continue moving forward instead of getting stuck in the peristalsis of Nut’s body as I go through this next year. 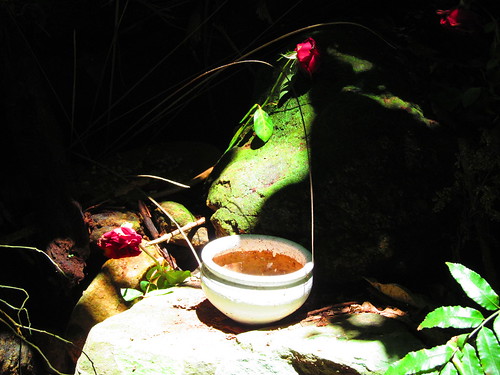 Oh, I kept the first for another day! Yet knowing how way leads on to way, I doubted if I should ever come back. – The Road Not Taken by Robert Frost

Beyond all of the rebirth connotations and the Book of Night, I also recognized that my ritual game has been… non-existent. I can’t remember the last time I gave daily offerings to my gods or my ancestors. While I do honor them on holidays and the like should I get around to it, my offerings and rituals have fallen off dramatically since my failed rebirth three years ago.

I found it difficult to care about providing for them all when I often felt that I was the one doing the lion’s share of the work. Offerings are hard work; not only are their words and gestures necessary to see it through… The sheer act of taking the time out of what can often be an exhausting day to provide for them when I seemed to get next to nothing in the reciprocity game seemed to be asking for too much from me. So I stopped bothering.

But through all of my research, there is one thing that has been hammered home for me over and over again. The act of ritual is just as important as the offerings themselves. It is more than simply plopping a few things down and calling yourself done. Reciprocity is the name of the game, but in order to be a player in the game, certain standards must be met both in the realm of offerings and how those offerings are conveyed, I.E. rituals.

As part of this, I have agreed to do a daily ritual for my gods and ancestors. The purpose of this ritual is two-fold: to wake both the gods and my ancestors up each morning happily and cheerfully and to give them the libations and offerings that I am putting out for them to feed upon that day. I’m not thrilled that I will be effectively doing this 365 days (the last time I gave offerings regularly, I at least took Sundays off) but this was the deal that I agreed to when I was asked for daily rites.

As this will be my first real foray in doing more than the basic good morning ritual in Eternal Egypt by Richard Reidy, I’m simultaneously excited and nervous. I suppose as time goes by, I will eventually get to an established clear point where I feel, if not content with the overall work, then at least comfortable with it.

In addition, I will be partaking in both the Year of Rites and Making Ma’at 2K19 orchestrated by TTR. (Links and explanations below.) 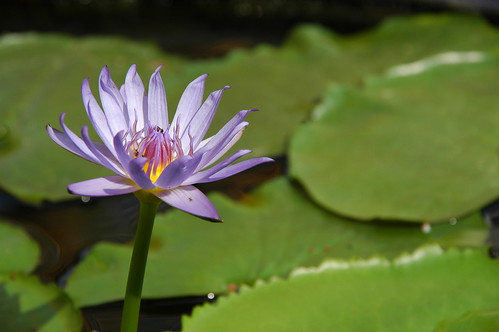 Somewhere ages and ages hence: Two roads diverged in a wood, and I—. I took the one less traveled by,and that has made all the difference. – The Road Not Taken by Robert Frost

The year ahead is, most likely, not for the faint of heart. I will be undergoing a deep-seated and necessary change. The overall purpose will, hopefully, be for the better. This rebirth cycle is to better myself, better my gods, and better my ancestors. All of us are putting in a concerted effort to achieve the overall goals we have set for ourselves in 2019.

There are other pushes, other irons in the fire that will hopefully make the next year a roller coaster ride of change. It should certainly be interesting, if nothing else.