Before I fall asleep, I tend to take some time to think on my gods. I have always done this as that twilight period before sleep tends to be the quietest moment in my life. Though I can see my gods in my daily life, embodied by actions and words or in the world around me, it is then that I feel closest to them.

When I ponder the Lady of the Red Linen, I can quite often envision her. Sometimes her consort is behind her, stalwart as always, a benben upon which to build, but mostly it is just her and I together in solitude.

Sometimes I use this time to speak on things I am uncomfortable to say aloud and sometimes I use it to merely be in her august presence. Always there is awe and joy, sometimes heartbreak and anger. But I am always amazed by her, no matter how upset I may be. 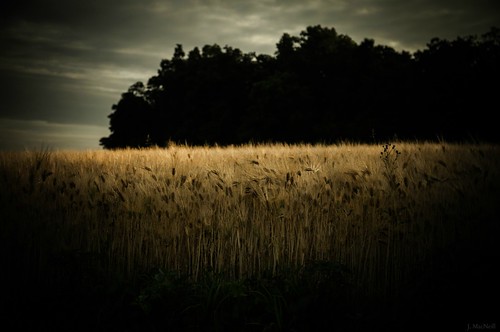 It was just the beginning. I think that I was meant to be next to you, to you. On this planet spinning… – Back to Earth by Steve Aoki feat Fall Out Boy

Months ago, I began thinking of her less as a deity and more in her association with various flora and fauna. She is still real to me, as real as her icon and the ba that may inhabit it, but I have begun to see her elsewhere and this changed the nature of our quiet moments before I would fall asleep.

I could see my home and its mountain peaks in the distance, the wild fields where wild turkey and egrets hide. I could see the deer and raccoons, the deciduous trees and blooming bushes. I was home with her and in her while simultaneously being home where I physically live.

When I began seeing her in things around me, I turned to her epithet list in an attempt to rationalize what I was doing or thought I was doing. It seemed… wrong, in a way, to see her around me when she had a home that she truly had helped to make manifest. This is not her home: no sands, no stone built temples, no spine of Osiris to tread upon as the very foundation of the nation.

There were beings here long before my gods came. We would be impudent to ignore them, to forget about them. The Natives who once made my area their home were pushed out and mostly moved west from what I have learned, but this was their place first. And this place embodied their spirits, their gods; never mine.

I was worried that by seeing her here with me (and my other gods) that I was muscling out those who were here first. I was concerned that I was moving into an appropriative no-man’s land where everyone loses. There are no tribes near to me to ask these questions of and I haven’t really figured out who to turn to for help. I mean, shouldn’t someone who has learned extensively about cultural appropriation know the answer to this already?

(The answer is no. If I don’t ask then I don’t know. And if there is a Native American who may read this post and be able to comment in some form or another, I would appreciate it.)

She always understood the fear and anxiety. Maybe that’s because the Lady of the Flame who appears at night before sleep is nothing more than a mental construct. Or maybe it really is because she just gets it. I don’t know and it probably doesn’t really matter.

She told me to look to the stars because no one owns them.

She said to look to the horizon and find her there.

Of course, I found her. 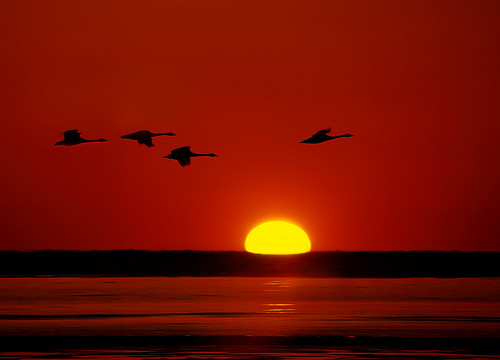 This is a crooked path. I think that I was meant to be next to you, to you. We can never come back. – Back to Earth by Steve Aoki feat Fall Out Boy

Beyond terrorizing the populace with her very existence, there were aspects of Sekhmet that were far more affable when compared to the destroyer deity wielding chaotic spirits for later. Some of those aspects hint to a deity who seemed to love just as deeply as human beings. And other aspects seem more remote, as distant as the goddess once was after Ra intervened on humanity’s behalf. But each different area seems to, as always, offer tantalizing hints of the multifaceted goddess that Sekhmet can be and is to this day.

The constellation Leo has always been a favorite of mine for many years. My zodiac is a Leo so of course it is special to me. And it was never a surprise to see my Leonine goddess there. Based on my research, it does appear that the ancient Egyptians were aware of this constellation and ascribed some significance to it. While I haven’t been able to delve too deeply in what I’ve found, it would appear that the Leo constellation held some importance to the ancient Egyptians.

And of course, we can’t forget the meteor shower associated with the constellation Leo.

I looked beyond constellations and outward further, searching planets and moons, asteroids and other celestial objects. I could see her, in a way, associated with comets and, of course, meteor showers.

As I looked into deepest space, I kept finding her here and there.

It was like she was speaking, but on a cosmic level.

I looked closer to home, at the horizon, where the earth meets the sky and found her. It felt a little like she was hiding, shy and stand-offish until I narrowed in on her like a lioness on the hunt. Sekhmet doesn’t appear to have much in the way of liminal associations and the horizon – that in between space signifying where Nut and Geb seem to merge – is nothing if not liminal. However, even without an apparent association, I was able to find it.

In the PT, as I stated above, it is the womb of Sekhmet that grants the pharaoh the ability to be reborn into a star upon its passing. This was my primary focus, of course, as I found liminal hints and teasers in my continued relationship building with her. It is this threshold of creation that she is best known for and would appear to be some of the oldest, written commentary on her.

Perhaps it was her association with the sun and its being reborn every morning, just as the pharaohs of the Old Kingdom were, that caused her intermingling with the horizon and the doorway found there. Or perhaps there are other items that I have yet to discover.

I found her there anyway. 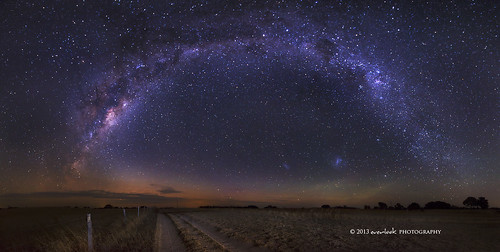 And you know I’ve found the dust to be resilient. And we’re the dirtiest of the dirt. Every time we fall to pieces, we build something new out of the hurt. – Back to Earth by Steve Aoki feat Fall Out Boy

As I listened to her, I reviewed her epithet lists in an effort to find some correlation that worked, that helped me to see what I was finding. I knew that there was some association with both the night sky and horizons, but I couldn’t remember quite clearly everything that I had found in my random forays across epithet lists.

I found an abundance of epithets that fit in nicely with what I was finding. As a small example:

It was an incredible relief, truly, to find that what I had seen and found wasn’t something entirely made up. This only seemed to reinforce my ongoing belief that nature, as a whole, was far more important than many modern-day Kemetics may give it credit. (Though, to be fair, I can understand the unease that such discussions can cause since, as I stated above, it sometimes feels incredibly wrong or weird to see my gods here in a land that was never theirs.) And gave further credence to my push to include local cultus, in some aspect, in our practices.

We’ve all seen snippets here and there that would suggest that nature was a matter of import, but the more and more that I delve into epithet lists coupled with quotes here and there, it seemed as though the gods did more than simply exist: they were one with nature in a way that I would not be able to adequately express. Again, it makes me wonder just how much local cultus, as it would have been understood in an ancient Egyptian context, was a part of the overall religion and the personal relationships that people crafted with the netjeru.

There was also a certain level of comfort in the knowledge that I had found my goddess where she told me to seek her. As any devotee of the gods can attest, there is always a certain level of doubt when it comes to communication. The idea that, even before I had found substantive proof of her associations within both the realm of the sky and the realm of horizons, she had given me concrete instructions is, of course, seductive.

All in all, in my fear to muscle out spirits and gods who had come long before, my goddess assured me that I could find her elsewhere if I only looked.

To be clear, I still see her in the area around me. I don’t think I will ever be able to look at the fiery leaves of a maple tree and not see her. Or drive by the reeds and cat tails that seem to proliferate along the sides of the highway without seeing her there.

But I can look up and see her in the night sky or at the thick, dark edge between sky and earth and know that she is there too.

5 thoughts on “The Brightest Things.”