Change is a cacophony.

It is ten different music scores playing all at once and just slightly off-key and/or off-tempo. It is the pounding of a waterfall with a motorcade of motorcycles and every high-pitched dog barking at the same time. It is a garage band practicing some new song while you’re passively aggressively playing Alice Cooper at top volume while trying to carry on a conversation. It is a category 4 hurricane wailing into the world with freight train cheerleaders leading the way.

Change is neither easy nor quiet. It is loud and boisterous and oh, so very painful.

It is tumultuous and wild.

The thing about change is that you know that it’s all flaming towers and being kicked over the cliff. But they forget to mention how painfully, how headache-inducingly loud it can be. And when you’re sitting in the midst of the maelstrom, trying so hard to concentrate for five measly seconds because otherwise you could probably end up dying or worse, and you just simply can’t because it’s all so fucking loud.

I don’t know why no one ever thought to mention this before. I think, maybe, it would have been nice to know before now. I think I could have appreciated the head’s up even if only after the fact.

But even in the middle of the screaming, screeching, horrendous noise, the worst is yet to come. It’s the loud wail of silence that follows the cacophony of change that should cause the most concern. It’s when it all goes quiet that you have to wonder what the fuck is coming next. 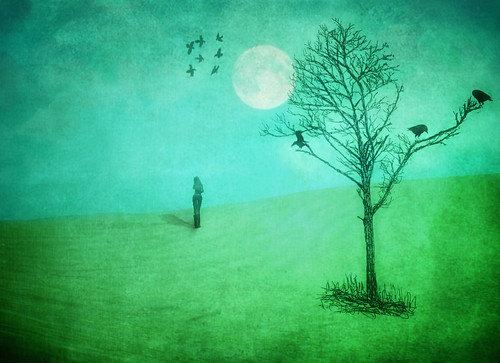 “Alone. Yes, that’s the key word, the most awful word in the English tongue. Murder doesn’t hold a candle to it and hell is only a poor synonym.” – ‘Salem’s Lot by Stephen King

I can’t feel my gods.

I haven’t said anything before now because I didn’t want to listen to the unwarranted advice that would head my way. I don’t want advice. It’s not that I don’t appreciate what anyone would be willing to say. Sometimes, I just need to stew in the juices, sit in the thick of it for a while.

But to be the most truthful, to be the most honest… If I didn’t write it down or say anything to anyone then I could say it wasn’t real. At the heart of all this, I’m a coward first and foremost.

I’ve always just been able to feel my gods. I can’t even really describe it, oddly enough. I just stretch internally and there they are: sun and fire is Sekhmet; soft things and dew covered grass is Hetheru; wide blue sky and gentle breezes is Heru-Wer. There are others that are there when I stretch out but those are the three I look for most and…

They’re just not there.

I can remember the last time I felt them, each of them. They were like pieces of jewel in my hands, in my heart. I could touch them practically and they were just there. It was a comfort, like wearing your favorite pair of sweat pants and T-shirt on a cool fall day. I could feel them and everything was all right.

And then one day, I woke up and they were gone.

Sometimes when I look to see if they’ve returned and I find that place empty, I get angry. Like how the fuck dare they disappear? How in the hell do they think this sort of behavior is okay? What sort of bullshit is this, damn it all, and how dare they?!

And other times when I look and find that they are just definitely not there, I get sad. What did I do wrong? How could I have dropped so very low in their estimations that they would do this? How can I possibly right the terrible wrong that I have clearly done?

But most times, I don’t feel anything. It’s just another coat of gray on the dull gray box that my inertia lives in, breathes in, grows in, devours in. It’s just another knot in the noose that my stagnation ties around me. It’s yet another bundle of wood upon my own funeral pyre.

“It was to be expected,” I tell myself as I wait another month, another hour, another second for the wavering half-light that’s supposed to see me out of this fucking shit show that I’ve been in for almost two years.

“But how did I get here?” I always ask in that drab grayness. No one is there to answer, just the echo of my own words whispered back to me. 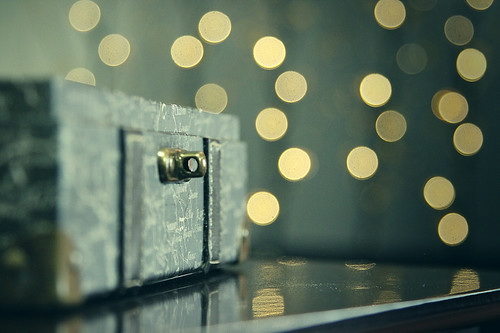 I was angry a few days ago. I screamed and hollered and gibbered and whined. I demanded that they show up, that they stop fucking around for two little minutes and just tell me anything instead of this fucking grayness, this silence and horror. No one answered; I didn’t figure they would.

I don’t know. I guess I just figured that if I vented how I felt, then maybe shit would be easier or I’d feel better. I’d get like a game plan or something and you know, shit would like flow. But like the river that’s dammed up, it all just got stagnant and nasty and nobody said a word.

Loki keeps popping up; I get it. Oh boy, howdy, I fucking get it. Do the work. Stop self sabotaging. Get out there and do it all. Yeah, yeah. I hear you.

The hooting and hollering of the years before last were so loud. I can remember the dizziness that the sounds caused and I can remember wondering how much worse it could possibly get, asking when it would all just fucking quiet down and stop for five fucking minutes.

3 thoughts on “Semblance of Life.”