Months ago, I jumped awake from one of those half-asleep dreams. In the dream, I was coursing through my dash when a certain user, who knows who they are, appeared to stare at me in an intense and disconcerting way. It made me uneasy. Upon waking, I immediately demanded to know what they were up to.

Later that night, they were rummaging in my attic, clearing shit out and tsk-ing at me. I neglected to mention this follow up to that person for Reasons. If they didn’t know what mess they were cleaning or that they had started the cleaning, then maybe I could ignore what was happening. I will tell you what, if you don’t want to get called on your shit, don’t dream about said user.

I knew the moment I woke up, based on the sinking feeling in my stomach, that I was slacking. I’ve mentioned it before and I will probably do so again, the stagnation bit is a heavy load and it’s difficult to find a starting place. “I don’t want to, though! It’s always a problem on the horizon, not to be dealt with now,” I said. They told me to cut the shit. I pouted for a bit, but I knew the advice was sound.

That was the second time in the last few months that someone has told me to get my ass in gear. “Do the work, or else,” the nice lady on the other side of the state told me. “It’s no longer a problem on the horizon,” the nice weaver across the country pointed out.

If you know me well enough, you know that I ignore signs and portents with my breath held, fingers in my ears, and a determined “no” glint in my eye. Apparently, I had held my breath long enough.

It wasn’t long after the dream with a certain dream walker friend that Loki appeared. I went back through my blog and was able to confirm that the dream with that weaver seems to have been the catalyst to bring him over to my corner. When I realized this, I was, as I find myself most often nowadays, completely unsurprised.

I supposed claiming that the work is always on the horizon, not to be worried about now, is a pretty big indicator that help is needed. That online friend of mine got it all started; Mr. Trickster came over to keep the momentum going.

Maybe it was all just a coincidence, but I would hate to think my gods missed such a prime opportunity to hit me with a clue-by-four.

I’ll level with everyone here, including that user if they’re reading this, it’s not even the wait that’s the problem. It’s the feeling that if I begin this and find that the stagnation is bigger than I can fight against, then maybe the “inevitable” win isn’t actually how the ending will go. What if the stagnation wins?

I guess that’s what fighting against the A/pep must be like.

Their gnashing teeth and criminal tongues conspire against the odds, but they haven’t seen the best of us yet. This is Gospel by Panic! at the Disco

A few weeks ago, I began noticing that my anxiety was getting worse. I’ve been coping as best I could, but I came to the realization that things have only been getting worse. I mentioned this to a coworker friend, who also has anxiety, and before I knew it, I had an appointment with their psychologist to get the ball rolling.

I asked Loki, at the time, if this was him. It seemed odd that he would help me, not because it’s not something that he would do, but because it seemed to have nothing to do with the contract we had in place. He didn’t answer my question, but I wondered if this experience was a coincidence or something other leading up to the appointment.

The appointment was almost ridiculous in its simplicity. I spent 45 minutes with the professional and came away with two diagnoses: one for depression (well that was unsurprising) and one for panic disorder (that was shocking actually), which I knew nothing about. I met every single one of the symptoms on the little chart except two for panic disorder and the psychologist and I discussed possible treatment options with both weekly appointments and medication.

As I was leaving the office, I asked Loki again if this was on him with silence greeting me. He hasn’t emphatically said it was him that caused the appointment, which finally told me what was wrong with me, but he also hasn’t stated that he had nothing to do with it either. The next dream I had with him in it, he came off as pleased and I’ve tentatively determined that this is, in fact, his fault.

I try to get my gods to be clear when they maneuver things for me. I give them instructions to meet with their messages simply because mundane life messages can be a crap shoot when trying to figure them out after the fact. Was it coincidence? Was it the gods? Who the fuck knows? I dislike not knowing and doubly dislike the implications, but it is what it is I suppose.

It occurred to me that this diagnosis made things much more clear regarding the stagnation I’ve been going through. While I never doubted my mental health had some impact, it occurred to me that the coping mechanism I had been utilizing for my undiagnosed panic disorder and diagnosed depression may have finally failed me when the stagnation began all those months ago. And I’ve been steadily worsening, not knowing the cause, since.

And one of the important items that Loki and I are to work towards was discovering the root cause of my issue before determining the best course of action to eradicate it. Seems like panic disorder and depression are pretty good as far as root causes go.

The only problem is eradication, as I had initially thought, isn’t in the cards, only management. Living with a mental illness, no matter how well we manage the symptoms and take the medication, if necessary, means that there’s no magical cure. It’s not a take these 5 pills and you’re done; it’s a revamp your whole life and make it through as best you can.

I’ve come to realize that grandiose ideas are well and good, but they don’t necessarily work out. 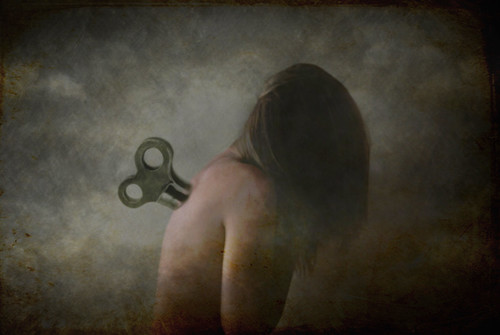 Don’t try to sleep through the end of the world and bury me alive ’cause I won’t give up without a fight. – This Is Gospel by Panic! at the Disco

One of the reoccurring themes in many, though not all, of the books of the afterlife is the ongoing battle between various deities and A/pep. In the books that continue this theme, each evening, Ra goes into the underworld and invariably finds himself locked in battle against A/pep. It doesn’t matter what the gods do or how many times they have won the battle in the past, A/pep comes back every night and tries to prevent creation from continuing.

It seems to me like mental illness is very much the same.

This isn’t the first time the topic has come up, but it’s the first time I’ve felt confident enough to remark on it. My mental illness isn’t necessarily personified by the image of A/pep, the face of the uncreated, but more the battle between creation and uncreation. As I went through the various books of the afterlife discussed by Erik Hornung, the theme became more and more personalized for me.

Every morning I wake up and I tell myself that I am not my anxiety or my depression. Every day, I assure myself that I will manage to best the symptoms and have a good day. I remind myself that the anxiety ridden asshole comments in my brain aren’t true and I’m not what my anxiety makes me think that I am. Sometimes, I manage with flying colors. Other times, I’m scraping by with the skin of my teeth. But I’m always alive and ready the next day at least.

While not everyone would like to view their mental illness in the guise of isfet, which I can definitely understand, I have to admit that it helps a little to know that the same battle I go through every day is something akin to what the gods go through. It makes me feel, sometimes, that I’m more connected to my religion and my gods because, upon waking in the morning and throughout the day, I am undertaking a battle that I will fight daily. No matter how yesterday turned out or the day after tomorrow, the battle will still be there, just like the battle my gods fight nightly.

To be perfectly honest, if I’m not able to view it along similar lines to the maintenance of the cosmic order, I would have to ask myself what the whole point is. If I’m never going to win, technically, why would I even try to manage the symptoms? It makes far more sense to see myself in the mythology, emulating the gods in the solar barque while they wrangle the face of the uncreated away so that the sun can continue its journey.

They fight their battles; I fight mine.