Three years ago, I sat down and wrote a post that would later define a lot of who I am and how I practice today. I didn’t think the post would become as important as it has become, nor did I think it would garner as many hits. But that’s the thing about blogging: you never really know which post is The Post, the one that everyone will go back to time and time again. I’ve found even myself going back to that first post, looking it over and kind of realizing how much of that original post has defined me today.

Looking back over the last three years, I’ve come to see that post (along with the situations that were occurring at the time) as a very large crossroads in my practice. It didn’t feel like one, of course, but as I look back, I can see that all of the things that came before that post were more newbie flail and everything that came after has been one more step forward on the path I’ve been treading these last few years.

That post, more than the situations that were happening back then, helped to crystallize a lot for me.

With the help of others, I was able to get a working definition together that felt appropriate to me. And together, we were able to come up with a list of things that kind of helped us in the day-to-day:

This was good stuff and we put the word out there. I don’t think there’s a Kemetic on Tumblr who hasn’t heard the “don’t be a dick” thing. Maybe everyone’s seen the posts from TTR that have been reblogged to death about what ma’at entails and how we’ve simplified it, made it easier to contend with such a large, amorphous concept, and live with it to the best of our abilities. 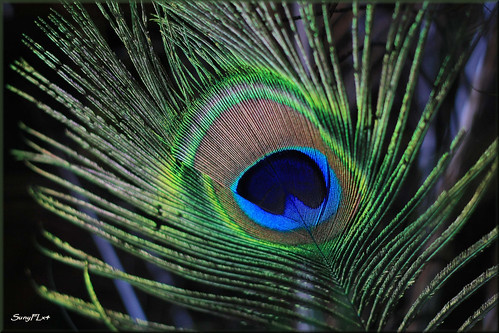 This is not to say the person had no need of personal conscience. On the contrary, it simply suggests that conscience (ib or h3ty) is a relational concept and thus depends on both what is thought of one by one’s moral community and what one thinks of oneself based in substantial part on this evaluation by significant others. – p8, Ma’at the Moral Ideal in Ancient Egypt by Dr. Maulana Karenga

In recent weeks, TTR began reading through Ma’at, the Moral Ideal in Ancient Egypt by Dr. Maulana Karenga. The text is dense, from what other sources have told me, and as they work their way through the book, they’ve helpfully been posting quotes for public consumption. One of the things that has gotten to me with each reading is just how integral community is within the concept of ma’at.

It almost seems, to me, that without a community at one’s back, then it is very difficult to maintain and live within ma’at. As stressed in the quote above, the concept of one’s conscience depends both on the self and based on the moral community that they are surrounded with. In ancient Egypt, it was simple enough to achieve this goal as the concept was lived and breathed, not only by the gods but by the very people who made up the country.

Nowadays, we are in diaspora and trying like hell to pick up the pieces.

One could assume that the decision of the wider community regarding what is and is not ma’at is fundamental. Well, we have that. We have our little list of things that we tell people when they first get started on this roller coaster. We send them to the various posts we’ve all written about the concept and sometimes, in the responses we provided to those newbies, we re-evaluate the nebulousness of the concept itself, redefining and redetermining whether or not the little list works for us still.

For the most part, it seems to work for people.

But the question becomes what happens if someone or multiple someones within your community infers or outright states that what you are doing is not living in ma’at? What if they state your actions are isfet through and through?

Do you go for arbitration? Do you execrate the shit out of them? Do you sit down and talk about it, one-on-one? And let’s say that you do sit down and talk about it, one-on-one: points of view are highly personalized things and each individual could end up talking past the other person, unable or unwilling to see the other point of view. What do you do then? 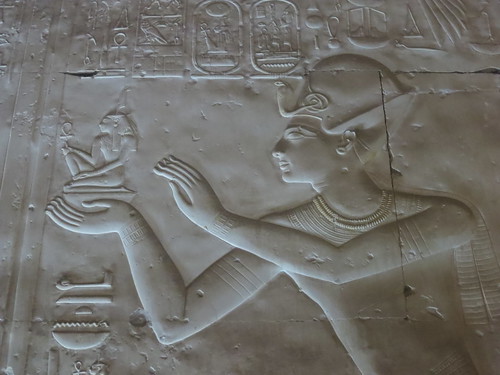 In general, the good man is still the silent, self-controlled man, with the emphatic devotion that is now explicit… – p171 Exploring Religion in Ancient Egypt by Stephen Quirke

I try like hell not to tell anyone whether or not they are living in ma’at. I try very hard not to tell anyone that what they’re doing is isfet. I am not judge, jury, or executioner. I am not the nisut and I have no intention of ever becoming one. I find it morally reprehensible to make that decision on a singular basis. Maybe I’ve always recognized that it was a communal effort that went into the determination.

I can think of a single instance where I’ve made the remark to someone and I felt guilty as all hell afterwards. I broke my very principles in making the statement. Sure, they were a manipulative prick and used their UPG to prey upon the young and impressionable youth in our community, but I still felt like I had no business making that supposition out loud, much less on a public blogging site. But I threw it out there, using our little tenets and I never heard back from anyone, stating that I was doing something wrong when I made the claim.

To this day, it still bothers the fuck out of me.

I don’t feel that any single person has the ability to determine any of that. Based on the quotes, the conversations, the arguments and my own feverish nighttime thinking on the subject, I don’t think anyone knows enough about the concept (and likely, never will) because no definitions were ever left behind. We stumble around and hope that what we are building is enough. Maybe it is for some; maybe it isn’t for others.

Now, more than ever, it’s become clear that the definition of ma’at is a communal effort. The problem, I think, would be that our list of definitions are too infinitely finite. They narrow the bandwidth on a broad road and forget to take into consideration the social context of our modern-day lives, the shades of gray that we live in day-to-day along with the shades of gray that is very clearly within the realm of ma’at.

What could be someone being a dick to one may not necessarily jive with someone else’s definition. What could be a perceived failing in giving stuff to the gods could simply be a misunderstanding based on posts reblogged a hundred times while the private stuff is kept quietly back or never makes it to the public. What could be seen as a heavy-handed reaction could in fact be a deeper problem within the community.

It is our job to band together and determine those things together, not to listen to a few souls who are louder or are reblogged more than most. It is our job to make determinations as a group, not listening to the people shouting down.

This is a group effort. And that means communicating on both individual and group levels, communicating with people who may take issue with you or may make you feel dumb for existing, and communicating what it is to be a part of the community at large and what you would like to see as it grows.

Thus, the model person is not the warrior or even priest, but the gentle person who serves and is responsible. – p 38, Ma’at the Moral Ideal in Ancient Egypt by Dr. Maulana Karenga