When I was a senior in high school, I thought it would be a great idea to take physics. I honestly don’t remember why I thought that was such a good idea because I had bombed out of chemistry the year prior and I had barely passed my physical science course my freshman year. I was much more in tune with the biological sciences – anatomy and physiology was my favorite class, to be honest, and while I barely passed astronomy, it was way up there, too.

In physics, the professor talked about inertia before I dropped the course and moved on with my life. The sum total of my knowledge prior to my senior year was an opening line during the theme song portion from Bill Nye’s television show for kids: inertia is a property of matter. What else does a 17-year-old need to know about such things?

I have never once, to my knowledge, applied anything related to physics in my adult years. I’ve applied knowledge from other science courses, usually not in direct relation to my life though. But right now, as I look at the Wiki page for inertia, I am beginning to see why a 17-year-old may need to know about it.

As seen in the First Law of Newton’s Laws of Motion, “When viewed in an inertial reference frame, an object either remains at rest or continues to move at a constant velocity, unless acted upon by an external force.” I’ve been thinking about this law quite a bit the last few weeks, reading and re-reading Wiki page after Wiki page. I keep clicking through to other semi-interesting pages, but I always head right back to the First Law of Motion.

Sometimes even science can be a sign that your ass needs to be paying attention.

O you falcon who rise from the Abyss, Lord of the Celestial Waters, make me hale just as you made yourself hale. Release him, loose him, put him on earth, cause him to be loved: so says the One-Faced Lord concerning me. – excerpt from Chapter 71 of The Book of the Dead translated by R.O. Faulkner

When I was reading through My Heart, My Mother by Alison Roberts, I was particularly struck with the imagery of the hours as she brought them to life. Part of the reason I got so hung up on the imagery she described was the simple fact that I had already started dreaming about this stuff.

Perhaps it was a push from Hornung’s book that caused the dreams where I was sucked into the mouth of the primeval goddess, Nut. Or perhaps it was more a metamorphosis that needed to be embodied in the imagery of my religious shenanigans. In either case, I spent a long while reading and re-reading through the hours of the night as Roberts described them. I seemed unable to pull myself away anyway.

It is in the second hour of the night that the deceased find themselves at her mouth. This hour is overseen by the gateway guardian, the Lady of Trembling, and it is here that the deceased watches Sia overlooking transfigured ones. They are mummiform upon beds and Sia commands them to: “Count your hearts, receive your offerings.”

Further in the scene, there are other beings that one can discern. These beings are known as “Inert Ones”, “Punished Ones”, and “Those of the Opposite Sky”. As Roberts writes,

… they are swimming and lying, caught in various phases of a renewal process – like the process which Hathor’s child, Ihy, endures as an ‘Inert One’ in the primal waters before being reborn as a radiant child of the goddess. Sunk in their dead sleep, they lie there, passively surrendering to their fate, some in a state of great suffering, watched by the king who appears behind Sia here in the lowest register. Again the god commands them, this time saying:

Measure your banks, lift up your legs.

I found the entire concept of beings lying around, waiting for the next hour to just sort of show up kind of interesting. It seemed to suggest that one’s metamorphosis through the hours of death wasn’t always a sure-fire bet. You could know the spells, say the right words, but sometimes it didn’t really matter. It’s possible that these are beings who got trapped within the confines of the Duat, failing to use the correct words or maybe they are just persons who had given up. I just found it rather intriguing that there were nooks and crannies, places to stop for a bit because the momentum of the deceased’s journey wasn’t up to snuff. After reading through the rest of the hours, I promptly forgot about this section.

After being told about my own stagnation, I couldn’t help but wonder if perhaps my journey through the body of Nut had all been a sham. After the original dream, I had some others that appears to correspond with other hours, but I couldn’t help but wonder if perhaps I had never really progressed beyond the second hour gateway. It was that gateway, after all, that has stuck with me through the last year. The rest was almost ephemeral.

Perhaps my mind had made up the rest, borrowing heavily from the book I had read and whatever appearance of my forward progression was all a dream-within-a-dream, a sort of lie to myself so that I wouldn’t ever see that I was, in fact, stagnating. I honestly haven’t come to a satisfactory conclusion about all of that yet.

Did I move on?

I have to consider the possibility that through the trappings of one’s own metamorphosis that they could go back to a particular area of the Duat/night that they would prefer to be in.

I mean, look at it this way: if you had progressed beyond a specific hour and you found that the rest of the shit heading your way was too much, who is to say that you couldn’t force yourself back a few steps? Or perhaps just like when we eat our food, wouldn’t it be possible for the peristalsis of Nut’s digestive tract to send you back from whence you came?

Maybe it’s an internal reaction of Nut’s to force you back up to where you truly belong because you either lied or actually weren’t ready for what was next. Or maybe you make the decision all your own. I have to consider the fact that maybe I did get far and said, “fuck this shit; I’m out,” before heading back to the one hour where I wasn’t required to do a fucking thing. I have to also consider the possibility that Nut was just like, “ha ha, no,” and sent me back there.

I may never come to a good conclusion on what happened, but I can assert that I definitely feel like I’m right there in the second hour.

Since finding that section of the book again, I keep going back to that quote in Roberts’ book and focusing on the bit about the Inert Ones passively surrendering to their fate. That is precisely what this stagnation thing has resembled since I recognized that is what was happening. I have been allowing the ebb and flow of life to shift me wherever it wanted me to go versus swimming against the currents. 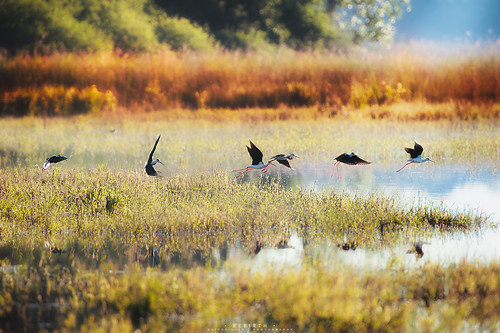 May he knit my bones together, may he make my members firm. May the Sistrum-player, Lord of Hearts, be brought to me that he may shape my bones and establish the Wereret-crown of Atum. – excerpt from Chapter 149 of The Book of the Dead translated by R.O. Faulkner

After re-reading the section of Hour Two in My Heart, My Mother, I found myself particularly interested in Ihy. It’s not really all that surprising, really. While it could have been expected that I would develop an interest in him prior to now, I can honestly say that I only gave him a passing glance. My relationship with Heru-Wer and Hetheru has had little to do with the side-lock bearing youth of their union.

I pulled up my resources and went to town. There wasn’t that much that I could really learn since Butler’s entry had citations that were heavily from the CT as opposed to either the PT or BD, both of which I have copies of. Still, I pressed on and considered the words of that little old woman who told me to do the fucking work or else. Luckily enough, I have the great resource that is TTR to aid me when I’m kind of like, “the fuck?”

TTR pointed out that Ihy had mentions, especially regarding birth, within Alison Roberts book, Hathor Rising. Since I was nowhere near my copy during the time of our conversation, they graciously typed up the pertinent quotes. I kind of checked out a bit after the quotes because they were all so fucking relevant. I went back to them in my own copy of Hathor Rising a while later:

To ‘become Ihy’, a person must be prepared to experience the raw materiality of existence – blood, faeces, and bodily fluids – all the messy substances and liquids which are there when life is pushed forth from the female womb. Such a birth is graphically described in Spell 334…

My awesomeness precedes me
As Ihy, Son of Hathor,
I am he who begets a begetting
I flowed out from her thighs
In this my name Jackal of the Light
I broke forth from the egg…
I escaped in her blood
I am the Lord of blood. I am turbulent bull …
I came into being, I crept, I travelled around.
I grew, I became tall like my father.

I went through this particular section a few times before I felt like I had grasped what it was that I needed to do.

I had left the little old lady’s house feeling less like I knew what to do and more like I was in another round of perpetual Kermit Arm Flail. After that visit, I was left wondering if perhaps I should just give up and let the passive surrender I had been living in keep on, keepin’ on. None of my gods had felt the least bit like helping me out in the months preceding; they had disappeared for lack of a better term.

While the person I spoke with seemed to indicate this is because I wasn’t doing my part by reaching out, I have to also point out that sometimes, relationships even with the gods are two way streets, man. And it’s never really been my way to beseech them unless I’m backed into a fucking corner. And honestly, being passive about the fate I was in looks absolutely nothing like being backed into a corner.

But as TTR wrote out each particular passage associated with Ihy and as I re-read them again later in my own copy of the book, it kind of crystallized that I could absolutely let the fate that I had been living have me. I could definitely allow the world around me to continue in its perceived shades of gray and drown from it. Or, I could puncture through and be born into the world anew.

No one ever said rebirth was easy. They just never mentioned all the blood and guts you have to go through in order to make it manifest.

6 thoughts on “The Inert Ones.”