I have fears. It’s probably a symptom of the human condition, which only highlights that I am, in fact, human. But, be sure that I have fears and they can be all consuming.

I don’t reach out to my gods for help. I have this integral belief that I should be able to do it myself. But this is compounded by one of my fears: the fear that if I do, in fact, reach out and I get what I ask for, I will in turn be required to do something as payment.

I’m terrible at follow through and know myself enough to recognize that bribery isn’t my forté simply because I probably won’t be able to see to what I promised. This is concerning because, what if they hit me with a serious case of insanity or death for reneging on the deal? That would put a big crimp in any plans I might have and a larger one on the human condition thing.

This fear isn’t a byproduct of recent conversations or things I’ve been going through, things I’ve dreamed or read in the cards. It’s always been there. It’s been hatching like a snake in the back of my mind and slithered through all the lobes of my brain until it found the one it wanted to devour: the fear center.

I’m not telling you this because I want people to feel bad for me or anything. I’m sharing this because I am human and I am terrified, something people looking from the outside might not see. The false confidence of the Leo is misleading. I’m terrified I’ll ask for help and get it.

But I’m even more frightened of the idea that they won’t answer my request.

The mind is its own place, and in itself; Can make a heav’n of hell, a hell of heav’n. – Paradise Lost, Book I by John Milton

Recently, I woke from a dream that left me shaking and frightened. The place doesn’t matter; my actions do. I was screaming the name of a divinity that I had no business calling for. The deity doesn’t work that way – and I know this – but still I yelled their name. Perturbed by my dreaming shenanigans, I reached out to the one person I could turn to. We came up with a game plan.

I had ideas and thoughts about what this could all mean, of course. I’m the person who will sit and stew on something for a long time, parsing out the little bits. The location of the dream in which I screamed this name was not surprising. It’s a place I’ve always associated with that particular aspect of things. The name bothered me. It made me start to worry that I hadn’t in fact proceeded as far as I thought. All signs seemed to point to it, but I decided that I needed assistance in figuring it all out, just in case.

I made plans to meet with someone who could give me some direction.

In the intervening weeks since this dream, my dreams have only become more one dimensional but still that much more confusing.

The other day, I dreamed that I needed to feed my gods; either a Message of Significance or internalized guilt at having been slacking in that department lately. The day before the game plan was to take place, I dreamed of mountains. Cold, distant peaks colored as gray as dull stone and covered in thick blankets of snow. As if to reinforce the message, I pulled the Lenormand card, the Mountain, the day I woke up from my mountain dream.

It was like everything was pointing to what I thought, but I couldn’t be sure. I don’t trust my intuition probably as much as I should. It seemed more important to get an outsider’s point of view. 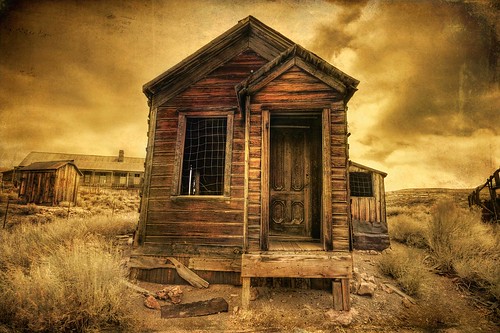 Long is the way; And hard, that out of Hell leads up to Light. – Paradise Lost, Book II by John Milton

I met with a very nice older woman who pulled out her deck and began looking around. She poked and prodded, pursing her lips as she looked. It all came down to stagnation though. She likened me to a house that had been built, solid foundations and people admire the facade for what it could be, but nothing is going on inside. She said I needed to do the Work and get going, or else things weren’t going to go well.

It seemed almost like an exercise in futility on my way home. And on my way home, I was so angry. I was pissed off and wanted to scream. I cried a little after I got back onto the pike and saw the first sign saying that home was 72 miles away. I wanted to be home already, buried underneath a blanket and glaring. I stopped crying – I don’t emote very well – and just seethed inwardly.

Upon reflection, it seems as though I have erected myself – in the image of the house – and then went on walkabout, unable or unwilling to complete it. Looking back at the last three years of my life, I can see the hard work I did in the build. I can even see where I just said, “fuck this shit,” and noped the fuck out. Nothing said was untrue; it just hurt to hear the same things I already knew about myself coming from a complete stranger’s lips.

After a good long talk with TTR, I felt nominally calmer and much better about the whole situation. I had hatched a sort of plan, a maybe kind of plan, and would mull on how to proceed, or if I even bothered to proceed. 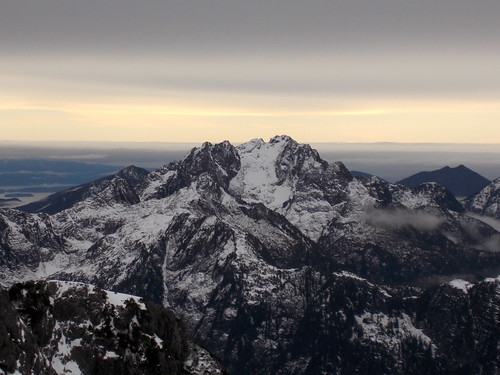 The outsider’s perspective matches up with my own interpretation completely: I am a being of stagnation. I wondered briefly if I had embodied the lesson of the Hermit card a little too closely. Suffice to say, neither of our viewpoints are wrong. I can even see where it began; when the cancerous growth of torpor became too big a cross to bear and I stopped trying to deal with it in any way.

One thing she emphasized while doing the reading was that I don’t reach out for help with my divinities. She asked me point blank: “How do you pray?” Startled, I looked at her and told her that I don’t. This hearkens back to the fears above. Why reach out to them and pay a price I may not be able to pay? Or, in turn, why reach out and get my requests ignored?

When I told her this, she nodded at me thoughtfully. It almost felt a little bit like pity.

But the point still stands. I must do the work in order to get out of the pit I’m currently in. I can reach out to the resources I have available to me, ignore the fear I have of being ignored, and go that route. Or I can ford across and delve onto new pathways that leave me leery and uncertain. Or I can do nothing whatsoever and reap the rewards that brings.

The thing I’ve been finding lately is that when it comes to stagnation, it only seems to breed more. For months I’ve wanted out of this hole, trying to get out of the “being stuck” feeling I’ve had, and ended up thwarted. It almost felt like the universe was forcing me back into the niche. I haven’t decided if this is just seeming coincidences lined up in a neat row or if there’s More than I want to consider.

In either case, I would prefer to not reap the benefits of doing nothing. That way leads to darkness, apparently. As dark and dreary as things may be, I would prefer to find the light and let it lead me out of the rut I’m in. I guess I’m lucky that I know someone who has a very close affinity with flames…

May she light my darkness and lead me to where I should be going.

(The title of this piece is taken from a quote from Book XI of Paradise Lost by John Milton. The full quote: Nor love thy life, nor hate; but what thou liv’st; Live well; how long or short permit to Heaven.)