Six months before my tenth birthday, a truck bomb was detonated in the parking garage of the North Tower of the World Trade Center complex.

I don’t know why my mother wasn’t home, but I can remember seeing the nightly news and being horrified by what I saw. It was my first real glimpse, I think, of the horror that existed in the world. I was, like many people driving by a car crash on the highway, unable to pull my attention away from the news reports, watching the videos and listening to the news commentators.

I can remember sitting in our living room and trying to figure out what this meant to me and how it could possibly impact me. I tried to imagine what it must be like to have had family work in the towers on February 26, 1993 and not knowing if they were all right. I tried to imagine what it would be like if my mother had been killed in an attack like that and was overwhelmed with fear and uncertainty.

It seemed like the world was filled with fear and uncertainty, horrors that a nine-year-old can’t fully comprehend. As a thirty-two year old woman, I still can’t fully understand them.

Parisians gather after the Charlie Hebdo attack on January 7, 2015 to show the world how this attack has impacted them.

Right along with the rest of the world, I was watching the stories unfold from Paris last night. I can’t recall where I first saw the story pop up on my radar, but I read through the articles I could find as the story developed. I went through the tags on Twitter, looking for posts and information. I watched as innocent men, women, and children had their lives shattered by violence. From my comfortable couch, I felt chills and sorrow that are but a drop in the bucket compared to the people waking up in France today.

The attacks that occurred last night appear to have been carefully orchestrated and have left more than a 100 dead. The president has closed the borders and has indicated that the next 3 days will be days of mourning for the loss of life. I was overwhelmed with the state of it all, just like that day when I was nine years old and watching the aftermath of that truck bombs in 1993.

“When I was a boy and I would see scary things in the news, my mother would say to me, ‘Look for the helpers. You will always find people who are helping’.”

I saw the above quote on Tumblr and began looking around for that and I found it.

Men and women came together, tweeting safe havens and instructions on how to find them, cities across the world showed the French national colors in solidarity, and people around the world prayed for Paris. I have found myself combing through stories this morning, reading as much as my heart can handle. There were many people helping last night.

While combing through the Parisian records, I found out that Beirut had been attacked the day before. I hadn’t known. Nothing about it had crossed my periphery. I’m finding that happens more and more, though. It seems like, unless the damage ISIL has wrought is against a historical monument or something related, I don’t see it in the news very much. I wonder if we’re just inured to the violence that seems to be happening on a regular basis in the middle East.

With a heavy heart, I began looking through the news reports to see what had occurred, what I had missed. Violence broke out in Beirut this week in the form of two suicide bombs. According to what I had found, the ISIL, as with Paris, has taken the claim for these acts. There were acts of heroism in Beirut, too. Now the people of Beirut mourn just as Paris does.

Along with other Tumblr Kemetics, I found myself unable to stand by and just watch all the tweets and news reports flow to us, giving us minor updates on such a huge situation. I couldn’t fathom what was happening in either Paris or what had happened in Beirut. I couldn’t wrap my head around it and in my confusion, I turned to the gods.

With a little over 100 notes, we offered suggestions and ideas on what we could do to help from our removed positions. 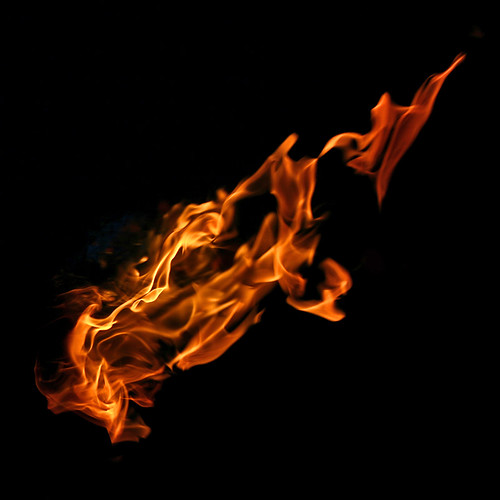 Tonight we are victorious – Victorious by Panic! at the Disco

It seems like more and more the world has become a scary place, a place filled with real live monsters. The quote from Aliens that Newt says to Ripley seems particularly more and more accurate with each passing month and each passing day. As more reports filter down to the masses, stating that someone or many someones has done something that should be seen as inhumane:

“My mommy always said there were no monsters, no real ones, but there are.”

Instead of grotesque xenomorphs running rampant across far-flung planets and space ships, we have the human equivalent running rampant here, on Earth, and it seems like when you take down one (or they take down themselves) six more pop up in that empty space.

I worry and worry. My son is seven and he’s already become aware of the things that people can do, can inflict on others. He may not know the specifics, but he’s been taught about 9/11 and the changes in the world that happened afterward. He’s already been taught other horrors, aware of the Charlie Hebdo attack in January of this year, and asked questions about it.

I was 9 when I became aware, for the first time, that the world was not always a good place. I was 9 when I realized that the idyllic world that I resided in was not the same as what other people lived and breathed in. My son was 6 when he first learned about the World Trade Center bombing in 2001. He was born into a world where these things are more common, happen with a frequency that both saddens and frightens me.

I am tired. I find myself exhausted and overwhelmed with the stream of reports, with the news that something else is happening and it is Big and Scary. We cannot hide our heads underneath the blankets and fervently wish for the monsters to go away or scream out to our parents, demanding that they fight off the evil monster for us. The monsters live and breathe in this world right along side us and hope to extinguish us for whatever twisted, frightening reason resides in their heads.

We must turn on our night lights and fight back, with magic and with prayer, with solidarity and courage against the extremists who would scare us back beneath the covers. No matter where the violence is occurring – a European capital or a city in the Middle East – we must fight back and show these people that we are not afraid.

I stand with Paris and with Beirut. Do you?