The ancient Egyptians used to create stelae for various reasons but the main reason that always kind of stuck with me were boundary stelae. As a kid, I can remember reading through the books about Amarna, trying to envision Akhenaten demanding that Joe Blow Stonemason cut into a cliff face to deliberately mark the borders of his new city. For a long time, that was the closest I ever came to boundary stela.

After getting over the marvel that someone would just create a stonework detailing where something began and ended, I could see the value in such a thing. As human beings, we seem to like to clearly mark things as “ours vs theirs.” While the boundary stelae of Amarna were less about us vs. them, the other types of boundary stelae are very much in keeping with that mentality: they delineate fields, borders of administrative sectors, and of course countries.

I also had to admit that I kind of liked the idea behind it. There is a sort of permanence in the creation. It’s being sculpted from stone, which could and would last a very long time, gave an added dose of “forever” to the stelae. To be perfectly frank, the very idea that this piece of stone was to delineate a beginning point and an ending point all and for an eternity really spoke to me.

Maybe I have a permanent us vs. them mentality waiting in the wings or maybe I just like the idea that instead of using a fence, they carved some words into a rock. And therefore it was. It existed because the words had been carved into that rock and that would come down to us millennia later. The amount of mind blowing wonder I’ve spent staring at boundary stelae is probably obscene. But man, they sure are fascinating. 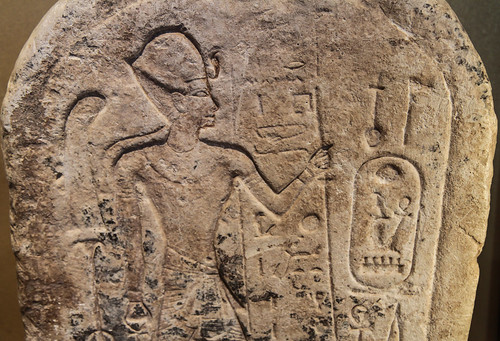 Boundary Stela of Seti I, found in Kom el Lufi

When I was a newbie Kemetic, I spent an inordinately large amount of time combing through forums. I started off looking for resources to help me figure out what I was trying to do but I also realize now that I was hoping for a mentor. I was hoping that someone would take me under their wing and just tell me what to do.

I can recognize that this is a sort of holdover from my early religious years. I was raised in a tradition where you needed someone to facilitate the relationship you were supposed to forge. I wanted something similar, though I still wanted to experience things on my own and without someone else’s experience to muddy the waters.

Around the same time that I began wishing someone on the forums would tell me what I was supposed to be doing, I began to work through a lot of the negativity I had after the “coven” I was a part of broke up. It took a while but I finally began to recognize that having an intermediary between myself and my gods was dangerous, worrisome, time-consuming, and not something I really could stomach any longer.

I don’t bring up the break up of that “coven” over and over again to finger point or anything. I’ve worked through most, if not all, of the resentment I had holding me back from that tumultuous and painful time. The reason I bring it up is because it helped me, only after working through a lot of that resentment and anger, to realize that I didn’t really want someone to mentor me any longer. I just wanted someone to mindlessly tell me what to do while I fumbled around on this weird and meandering spiritual turnpike. 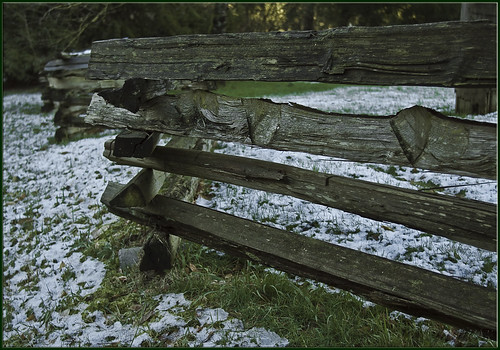 Daring to set boundaries is about having the courage to love ourselves, even when we risk disappointing others. – Brene Brown

One of the things the forum helped to teach me was about boundaries. This was a concept I was already beginning to figure out, but it took a while to really solidify enough for me.

As a newbie, I wanted to be let into every nuance, every detail regarding others’ practices. It wasn’t that I wanted to steal what they had to offer. I just wanted to know what things could be like if I tried hard enough. The idea of keeping quiet about aspects of my practice had never really occurred to me – that is, after all, why I started this blog. More as a tally for myself on how things had changed, but also as a place to publicly point people to how things can and do and will change as newbies delve deeper into their own spiritual practices.

I rolled the idea through my mind, trying to come to a collective decision about what, if anything, I should keep private. In those early years, the idea of keeping quiet about anything was still very mind boggling and didn’t feel right. I realized that silence isn’t my strong point.

The thing is that I want to keep people in the loop. I want people to see what it is that I am doing in the hopes that it may jump start what it is they will be doing or are starting to do. I don’t write about my personal religious shenanigans anymore simply because I need the record for my own peace of mind, but because I know what it’s like to be like, “how religion,” and not getting what I felt I needed at the time.

I’m at a stage in my practice now where I definitely do not want someone to hold my hand through my own experiences unless I make the request. I may whine and cry and arm flail about these things, but I am not looking to do that simply because I need someone to tell me what to do. I am doing all of that because that is how I work through the new things being levied at me as I wander around trying to formulate a living, breathing practice. And I have this desire to show other people what that looks like as they, in turn, go through similar experiences.

Sometimes, I feel that people misunderstand what it is that I am trying to do and when they do misunderstand those things, they breach boundaries that perhaps I didn’t carefully delineate. Perhaps I should have carved a piece of stone with carefully chosen words to explain that there are, in fact, boundaries in play as open as I may be regarding my practice. It is those boundaries that have kept me very quiet lately. Too often it feels like people are misunderstanding what I’m doing or what I’m saying and feeling the need to step in, take my hand, and point me in the proper direction.

They have broached my boundary stelae and I honestly don’t know how to handle this. I can’t help but think that because I am so open about what I’m doing and what I am hoping to achieve, that because I didn’t keep quiet about certain aspects of my practice then this is rather my fault. I also suspect that because I use open blogging platforms to catalog the things that I have done and said and felt and gone through, then I am rather asking for this.

To be fair, the people probably think that they’re being helpful, but this isn’t my first rodeo. It’s not even my fifth. I’ve been around the block a few times and I have to tell you… I don’t need or want your help unless I say, “help me.” 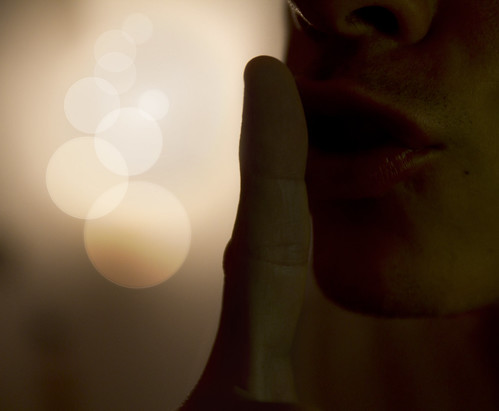 Silence is a true friend who never betrays. – Confucius

All of this has brought me back to those early years when I can remember knowing and being told that there are parts of others’ practices that I am not privy to. I am finally beginning to understand why they kept things to themselves. And I am finally having to reengage with myself regarding what is and is not appropriate to share anymore.

I’ve already begun to hold back exponentially. I often find myself wanting to discuss something incredibly personal, but being very worried about who will determine that it’s time to “benevolently” step inside my borders and tell me what they have done on my behalf, without my permission, to help facilitate things for me. I don’t want to share these items anymore because I am tired of feeling as though people who are “older and wiser” than myself have decided that I need help even though I never asked for it.

I guess I have to ask what the point in any of this is if my openness regarding what I’m hoping to achieve has seemingly made it seem to others that I need their help. Why am I doing this in the first place? Why do I keep this blog or its companion sites open if I have to sit and wonder over and over what sort of can of worms I’m opening because I’m willing to discuss these things in an open venue? Is it my fault for not posting “I don’t need your help but thanks for thinking of me” on every arm flail I post? Is it my fault for not clearly stating, “I am sharing this not because I need help but because I need to post it somewhere” or emphatically pointing out, “there are boundaries here, here, and here so don’t cross them when we discuss this”?

I can appreciate silence now and I dislike that I can appreciate it in any context. I can understand why people keep things to themselves and I hate that. I hate that I’ve become so divided in what I share and what I don’t share. I hate the fact that I’ve had drafts saved for months, going absolutely nowhere, because I’m worried what sort of person is going to try and extend me a helping hand when I haven’t requested one.

I think I need to start looking back to the past in order to look to the future.

It feels like this is a jumping off point, a moment in time where I can go either left or right on this meandering path of mine. I know that one way will lead to more and more silence, more and more moments of sitting on my laurels with drafts saved that never see the light of the day. The other turn will take me down the road to clearly mark where my boundaries lay, both for myself and for others, so I can continue down the road that I actually need to be on.

Everything starts with one step, or one brick, or one word or one day. – Jeremy Gilley