Political activism has become so commonplace in the United States news that we hardly bat an eyelash anymore. I don’t, at least. I’ve been blasted with articles about things like Bree Newsome’s courageous removal of the Confederate flag, people dangling from bridges to stop Shell’s ice breaker, the next step in the LGBT+ movement after marriage equality and the Black Lives Matter movement and why it is as American as the Boston Tea Party. I read many of those articles, feeling overwhelmed as I watch from the background as men and women fight for what they believe in.

Political activism has become more common place with each week. There’s a new series of articles being shared across my friends’ FB pages, which I’ve read about a hundred times with each new share. The world is changing with the youth of America willing to not only acknowledge those changes but fight hard to bring those changes to beneficial fruition while the men and women we continually elect turn a blind eye.

I often find myself wanting to help. I don’t know how to. I can’t donate money; my budget is incredibly finite. I hope that in the sharing of those articles, I can at least sway the minds of some of the pig-headed and stubborn assholes who refuse to acknowledge their privilege, think that the Black Lives Matter movement is a disgrace to this country, suck their teeth at trans youth/men/women looking to be seen as equal in the eyes of everyone in the country, and turn a blind eye to the damage we’ve done to our planet. Even if one person starts to recognize the reality of the world, then maybe I’ve done my part.

But it never feels like enough. I always feel like I’m the problematic ally who doesn’t really do anything.

I want to march. I want to yell with a sign in my hands at politicians. I want to, well, maybe not dangle off a bridge to stop companies from destroying our world but you know maybe have water bottles waiting for the people who are dangling. I want to do and show that I believe and I believe strongly, too.

As though I’m not the only one looking for a way to assist the change, I’m seeing more and more political activism within the pagan and polytheist communities. I haven’t paid too much attention to the wider pagan/polytheist climate in years, but when I do take a peek around, I’m a little awed by the number of people advocating activism. It seems like I’m not the only one who wants to see the change.

Perhaps born of this desire or something else, during the 2012 presidential elections, I got to watch the Tumblr witchcraft community do what they could to ensure a victory for Obama. I felt like I was watching the birth of political witchcraft at the time. It was rather awe-inspiring to see how many people discussed what sort of magical undertaking they were hoping to achieve and what outcome that magical undertaking would look like.

It was, to be frank, beautiful.

In 2013, I got to help out when a courageous Wendy Davis stood before the Texas legislature to filibuster an abortion bill. She didn’t make it the 13 hours she needed, but I watched the live feed as they argued amongst themselves and crowed as Leticia van de Putte took some fucking names when they ignored her. I couldn’t shout like the people waiting in the background, but I remember feeling overwhelmed not only by the responses on my laptop screen as I watched the live feed but also from the wider community as they did what they could do assist in any way possible.

Whether by magic or by design, the filibuster did work and the bill didn’t go anywhere. It wasn’t a clear win, but it was a step in the right direction.

Last year, I helped out as I watched the news coverage when Ferguson lit up over the murder of Michael Brown. For seventeen days, I watched the biased news reports and the more bipartisan articles shared online. I haunted Tumblr and Twitter as post after post after post was reblogged and retweeted, showing what was actually happening there. I did what I could, adding a little heka for a problem that, no matter how many times my aunts and uncles might say it, did not die when the Civil Rights movement achieved something. 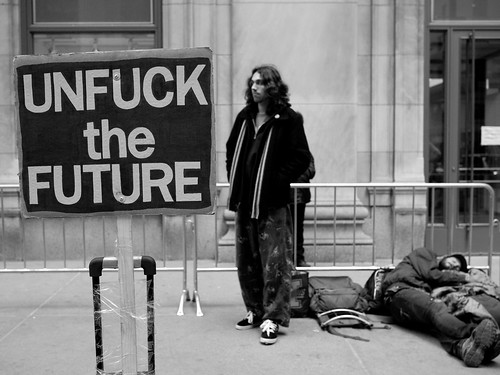 I worry what unfought battles I leave behind for my son.

Last week, I started really reading about the bullshit going on with Planned Parenthood and the war on women in general. I’ve been posting the articles as I see them, horrified by what my government is trying to do to this organization. It’s not even a matter of taking away a resource, in my opinion. They just want to take away our rights, remove the access that we all desperately need for important health-screening programs because the organization provides services that the conservatives find distasteful even though those services are not funded by the federal government.

It’s like that one kid who would break a toy because he couldn’t play with the toy in question. “If I can’t have it, no one can.” It’s a my way or the highway type of ideal governing the policies our House of Representatives and Senate is putting out there into the world. It makes me physically ill to read the new layers of bullshit going after Planned Parenthood.

The attacks on Planned Parenthood just keep coming. The more I read, the more I despair for what this country is turning into. I use Planned Parenthood exclusively. I don’t need to have a fancy doctor’s office with people who may look down on my state provided health insurance. I can go to my local PP and get all the same services without feeling self-conscious in some overly dramatized waiting room.

I decided that I had to do something. My state seems to have a good relationship with Planned Parenthood, but I’ve been watching how Texas and other states are managing to shut down centers with their personhood bills, abortion bans, and biased counseling. Again, as I read through the articles, sifting through what I’m seeing, I just want to do something. I want to be on the front lines along with the organization, supporting as best I can.

With the advent of political witchcraft, it occurred to me that political heka was a good idea. I wasn’t the only one who had this thought because TTR posted the exact same idea on Tumblr. The idea stuck. The thread has just over 100 notes and there are people from outside of the United States who have mentioned helping out. It looks like the fledgling Kemetic heka hut may have found a new purpose, a way to breathe life into the monthly New Moon rituals we all did together periodically to execrate the shit in our lives.

I stand with Planned Parenthood and I stand with the activism I see populating my Facebook news feed, my Twitter feed, and my Tumblr dash. I’ve watched from the sidelines. Now I have something available to me that I can use and hone, like a weapon, aiming it at the hearts of the elite who are hopelessly out of sync with the changes in the world today.

Who will join me?