I have been a devotee of Hetheru for years now. I honestly can’t recall when she officially showed up, though I believe the exact moment may be saved somewhere in this blog. In all the time that we have been together, I have never had a push to honor her festivals. There’s never been an all-consuming need in the background, demanding that I pay homage.

Either because of my developed relationship with Heru-Wer or because she had finally said it was time, I can’t say. But this year, I got hit early with the Festival of the Beautiful Reunion bug. I found myself counting down the days three months in advance. It was like I had an earworm only instead of a song; it was this pounding requirement to celebrate this heretofore unknown festival.

I knew I had to get my research on.

I did a number of Google searches, attempting to fill in the in-between of what I knew. Before reading about it, I knew the festival was a celebration of the reunification of Hetheru and one of the Heru; I didn’t actually know which one.

My research found me looking into the different Heru over and over again. I found that the holiday seemed to be celebrated sometimes with Heru-Wer, sometimes with Heru of Behdet. The particular Heru didn’t really seem to matter – let’s be real, there’s like a hundred of them – so as long as it was an older Heru, a Heru beyond the Osirian myth cycle at least.

I found out that there was some traveling involved: it took Hetheru a few days to get from Dendera to Edfu. She made strategic stops, it seems, going down the Nile. The first stop was at the Precinct of Mut at Karnak in which she visited with Mut. She detoured for a bit at a Per Mer to visit with Anuket. The third day, she stopped at Nekhen and visited with the Heru there. This Heru saw her through to her meeting with the Heru of Edfu, whom she met at Wetjeset-Hor, before the two sailed further south to Edfu proper.

I had a lot of planning to do.

Depiction of the Feast of the Beautiful Reunion. Edfu, Egypt. (Photo by Dennis Jarvis.)

I have a bunch of colored scarves that I’ve picked up over the years. I don’t know why I bought them in the first place, but the color schemes are appropriate for any standard holiday: black, green, and blue (need a red one at some point, I think). I figured that I could use the blue scarf for when Hetheru was traveling and the green or black to indicate she had “landed” at the strategic stopping points.

The next thing to plan out was how in the world I was supposed to make it look like she was in the middle of, well, sailing down the river. I found iconographic representations of what her solar barque looked like and then looked for a few for Heru, as well. I found those easily enough. I spent about 4 days working on the project, but managed to recreate both barques on card stock.

I finished up the supply run with a bunch of jewelry-making supplies, which is outside of my norm. I’m not a jewelry maker in any sense of the word, but I’ve gotten a few hits in the last few months which seemed to indicate that my lack of interest should probably become “semi-interest.” I ended up purchasing beads and charms, which are going to symbolize both the event itself as well as Hetheru’s journey to Edfu.

The last piece to the puzzle was to figure out the menu for the week. That was actually probably the easiest thing: fresh fruits and vegetables, fresh baked bread, booze, diet Coke because it’s my life’s blood, chocolate, and of course flowers because really who doesn’t love flowers?

I guess I was ready.

Starting on Sunday, the moment that I woke up, I was off and running.

I made sure to set the blue scarf down and set the little cardstock solar barque up so that it wouldn’t fall over during the day. I then made sure that Hetheru’s icon had cool water and something to tide her over throughout the day as we journeyed.

Each evening, I printed off a little sheet with images that reminded me of the stopping place: For Karnak, I chose an historically recreated map of the premises along with iconic images of her precinct, including the crescent-shaped sacred. For Esna, I chose another historical drawing accompanied by yet more iconic images of the Temple of Khnum and those specific to Anuket. I followed this pattern for the four days that she traveled.

I also added a little extra by filling the queue on my Tumblr with images and specific items related to the places that she was stopping. I wanted to surround myself as much as I was able with thoughts and images of the act of traveling.

I also spent the first hour or so I was home preparing the meal for her, as well as setting up the altar space. I baked fresh brownies, I roasted asparagus and zucchini, I made steak and spaghetti and all of the normal dinner type items one might expect. All said and told, it probably took me about 1 – 1.5 hours of prep each night for Hetheru to “land” at the places she was stopping at. 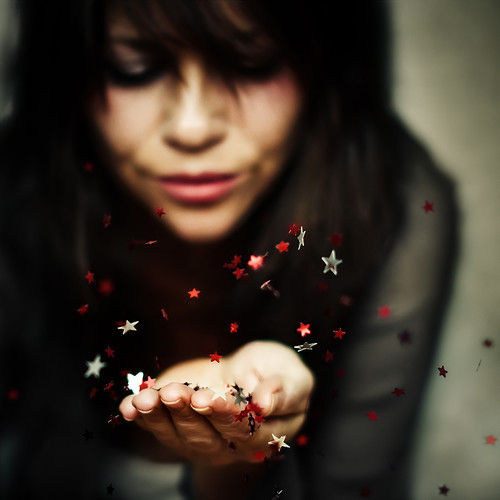 I will be honest, this is the most time-consuming festival I have ever taken upon myself. I’m not a huge fan of committing myself to something that is as time-consuming and energy-eating as this is. I like things to be simple, quick, and neat. That’s part of the reason why my holidays are 15-minute affairs. I have things to do; I have a life to live; I have spoons to conserve and use elsewhere. Celebrating holidays can take a lot out of you, especially when you are the only one around to do the work that is required to see it through.

I can definitely understand, at least at this moment, why there were so many priests to oversee a temple and to make sure everything was functioning properly, both during and outside of holidays. That shit will eat you up and spit you back out if you let it.

I have fourteen more days left on this. I will admit, I’m counting down the days until this is over. I’ve found that it isn’t just that it eats my spoons, makes me tired, makes me paranoid and nervous. I’ve been overwrought emotionally as I prepare and oversee the process to have two separated lovers reunited. It’s difficult to explain, even to myself, but I think when it comes to relationships, even those of two gods you happen to have developed relationships with, there’s some backlash between the devotee and the celebration that you’re doing. I feel, in a way, like I’m hitting that backlash as my emotions take turns from up high to down low. It’s an interesting, if unnerving, experience. You try explaining to your boss why you’re crying over a spreadsheet at 2 o’clock in the afternoon.

Even with how hard this has been for me, I will admit that I feel very accomplished. I know that I have done well with the celebrations I have undertaken for Sekhmet. She has told me as much and afterwards, I tend to feel both rewarded and content. I am feeling this, as well, with this year’s Festival of the Beautiful Reunion. So I know that I am doing a very good job, all things considered, to seeing things through.

I just hope I am able to keep it up for two more weeks.

(Pictures Taken of the Celebration So Far!)

5 thoughts on “Festival of the Beautiful Reunion 2015: En Route.”